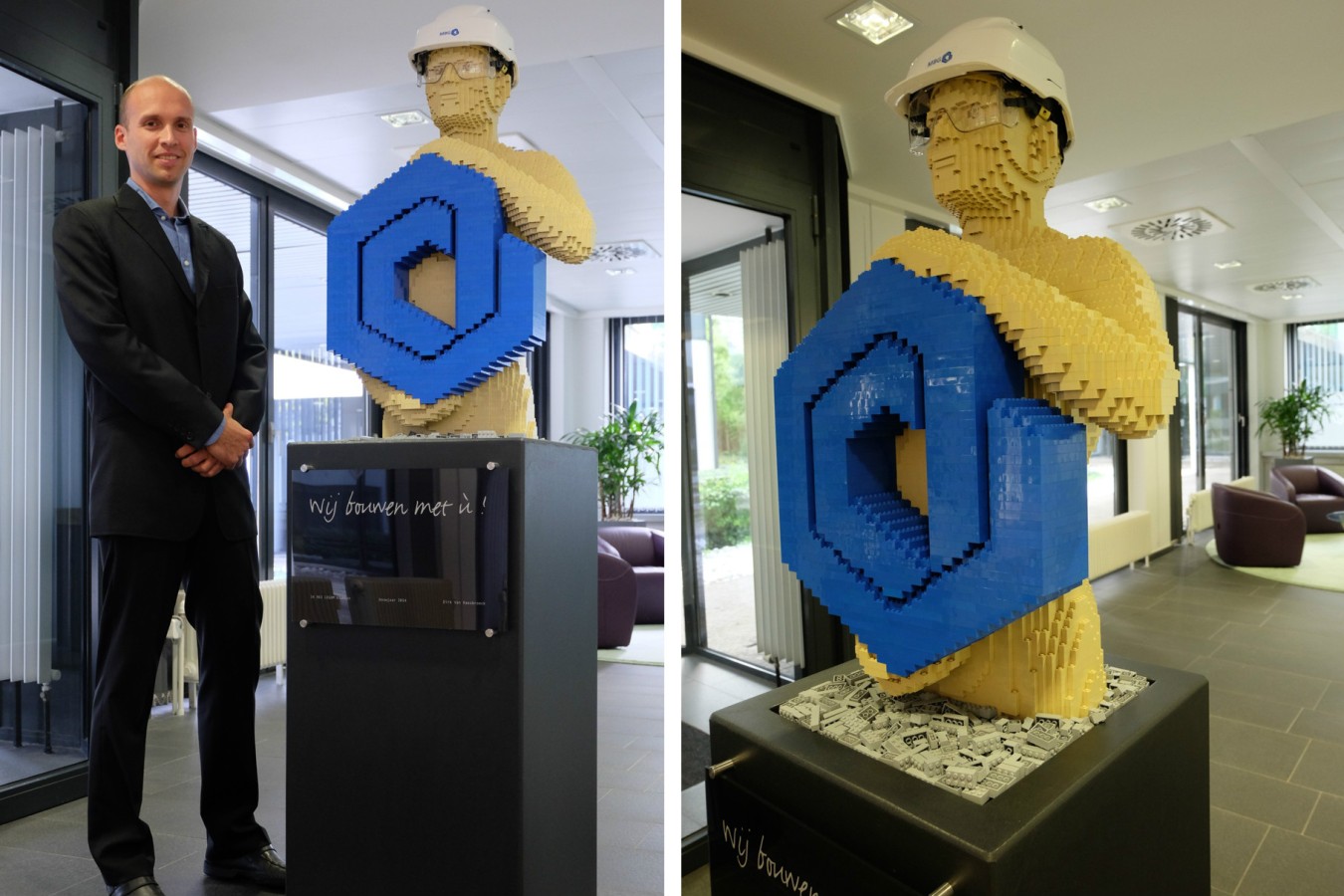 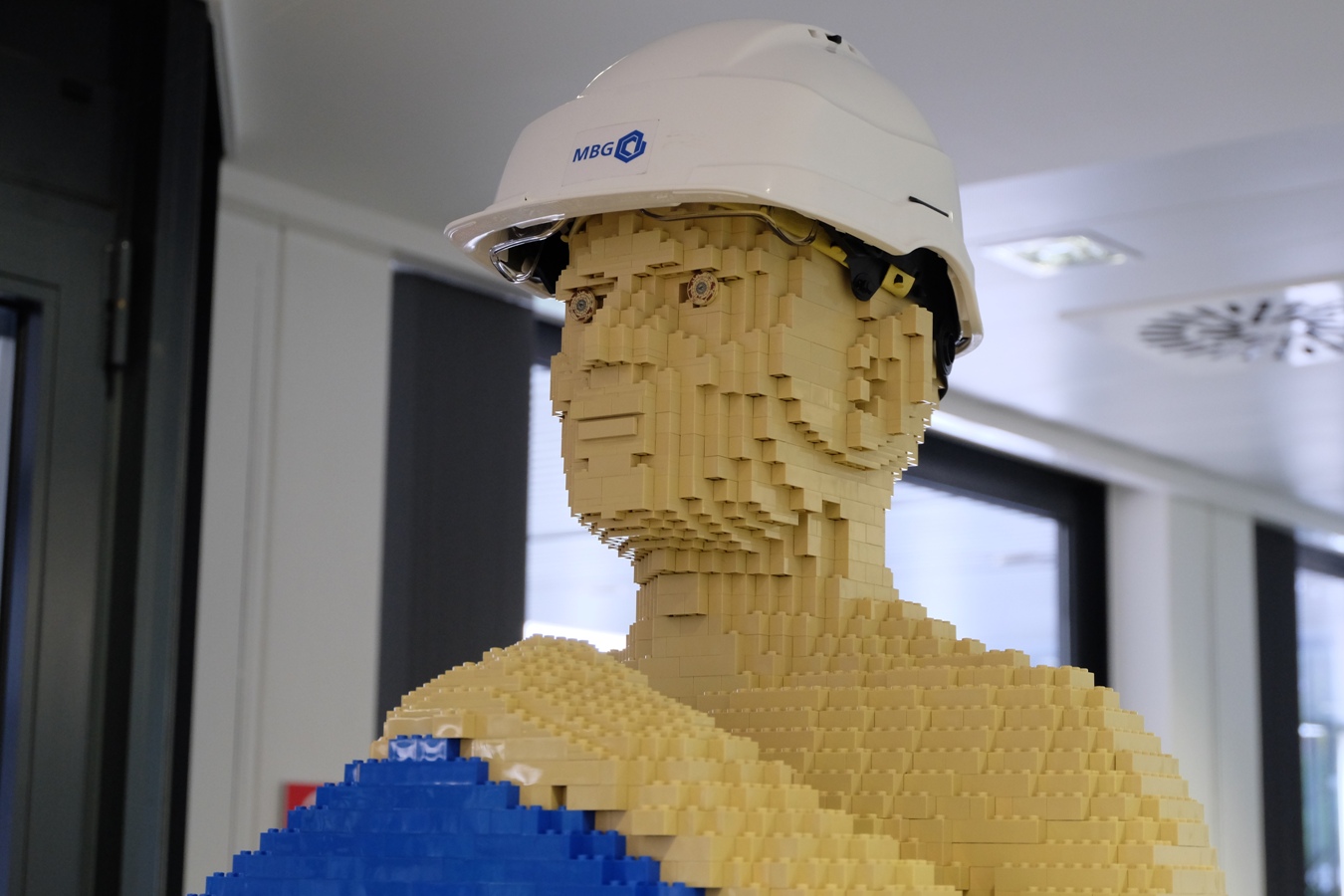 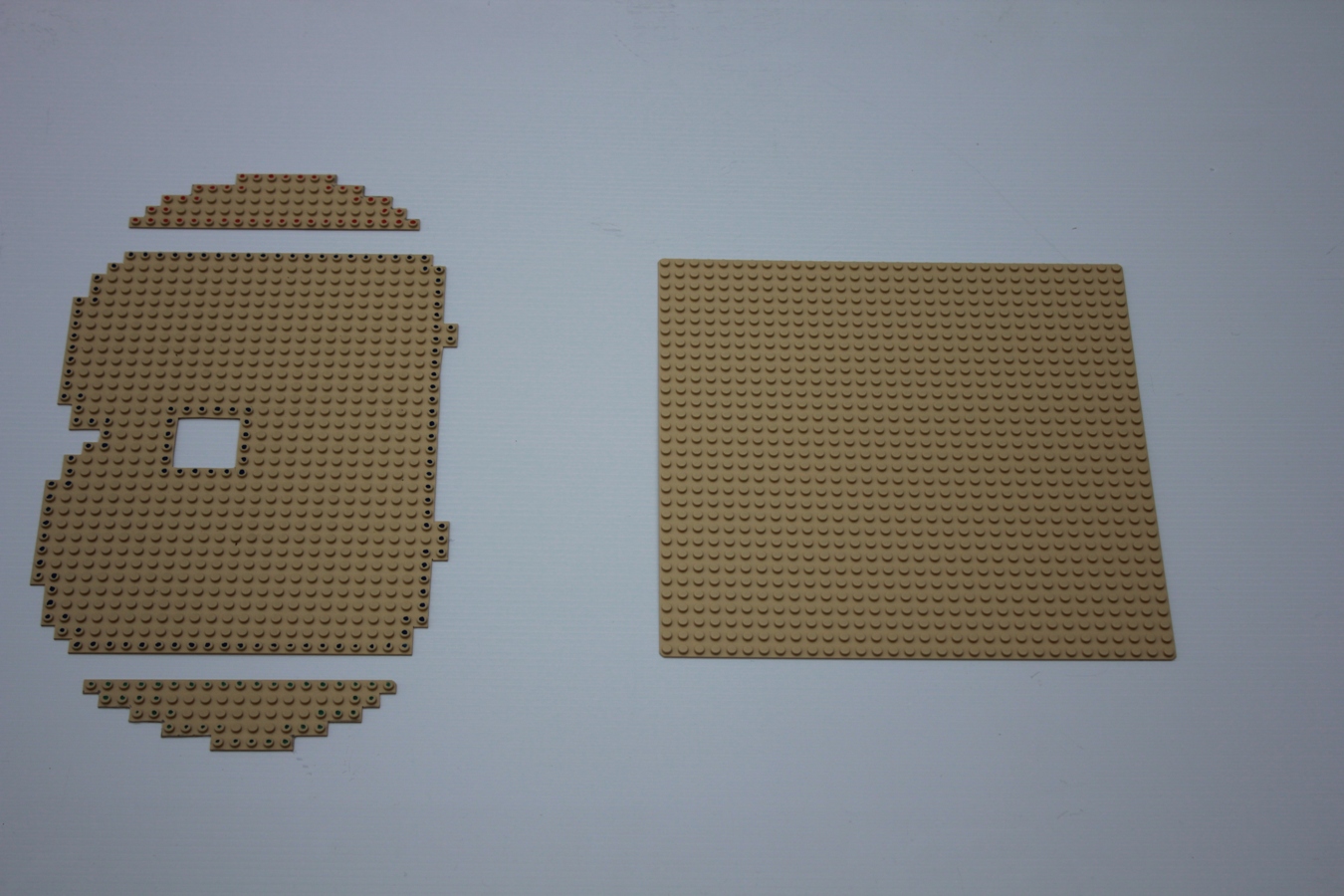 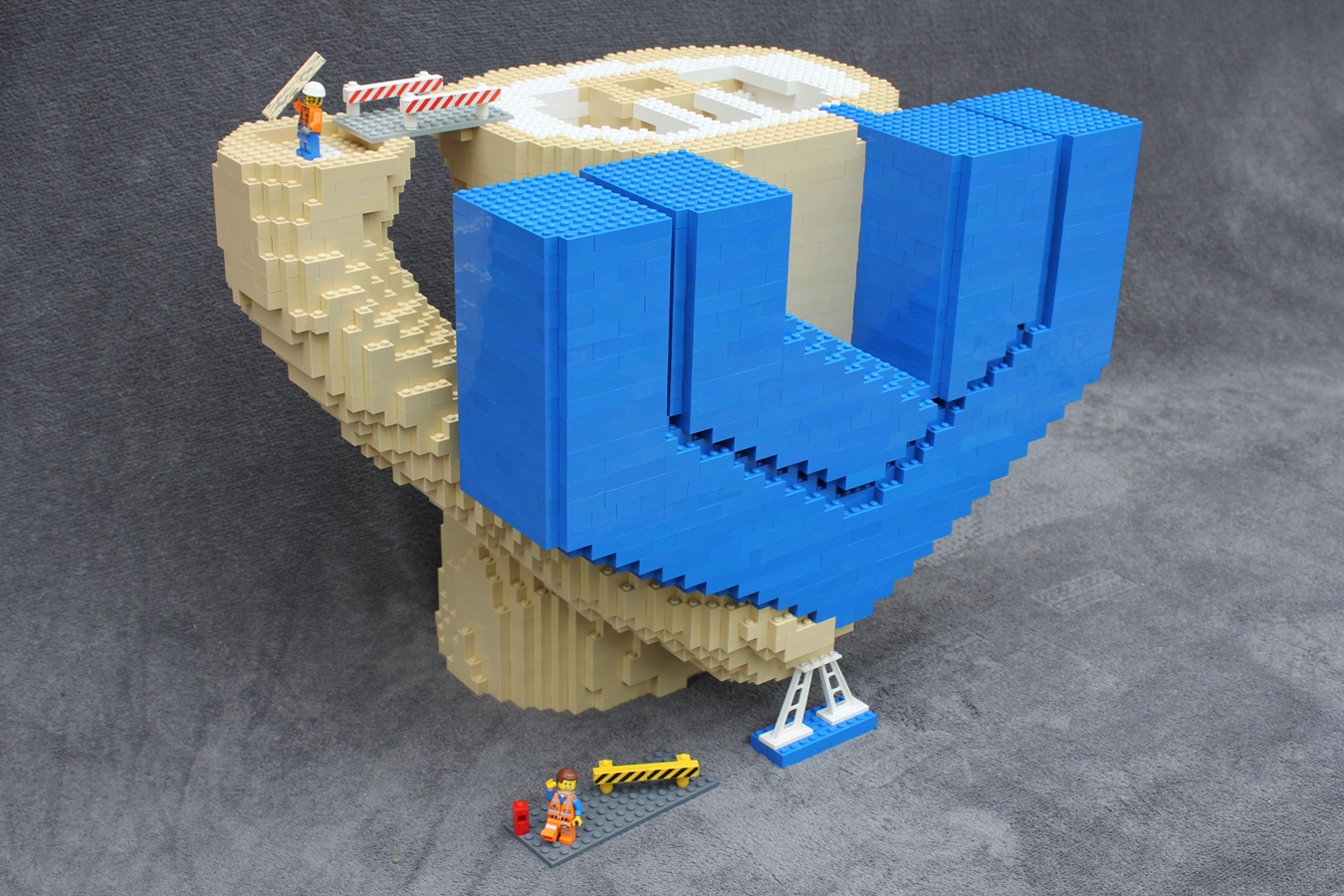 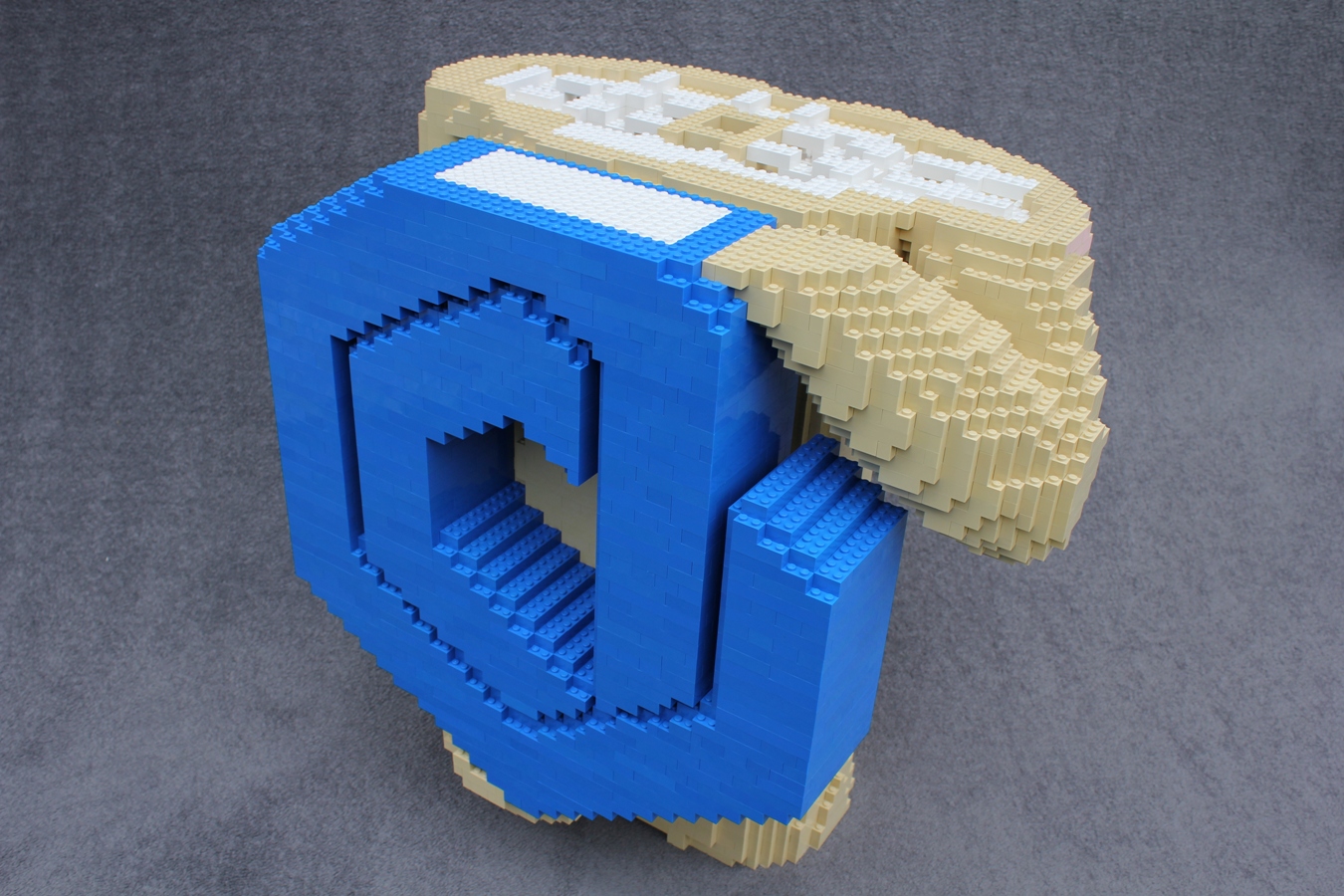 A sturdy and proud construction worker rooted in a concrete pillar, firmly holding the company's hexagonal emblem in front of him against his chest. Spare bricks lay scattered around his waist, suggesting anyone could start building on the spot if they wanted, so the company's catchphrase "We construct with/for you" comes into play as well.